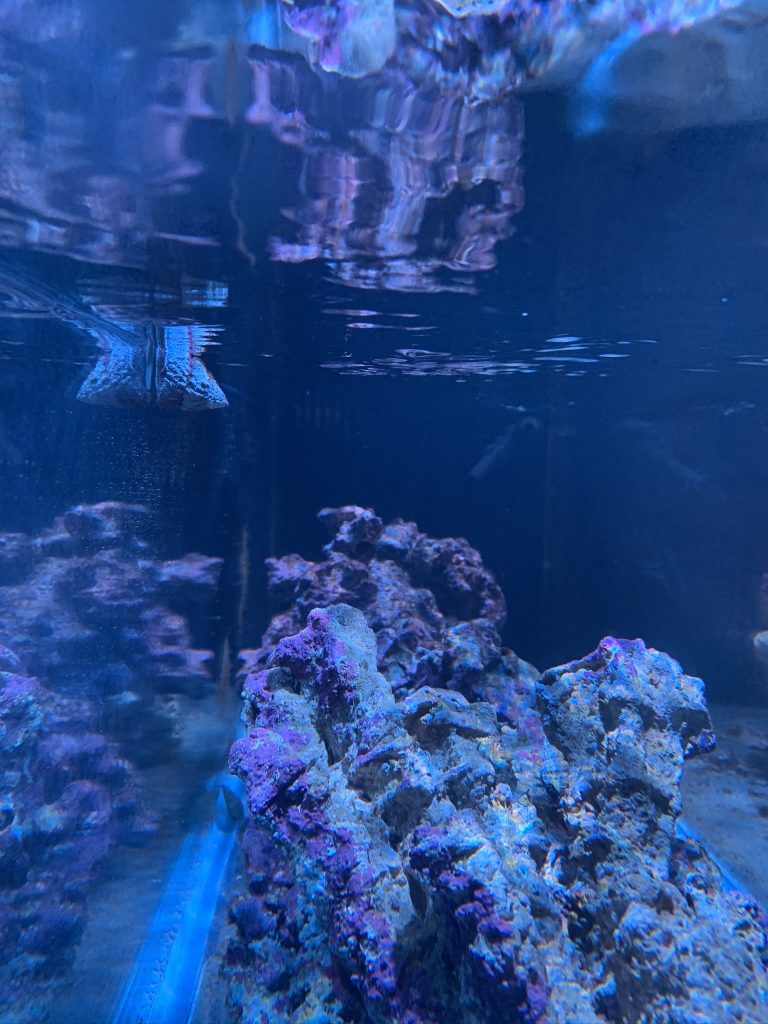 With the 300 gallon tank down and out the fish were swimming in a 20 gallon long tank from 1997. This tank had been around the block with some scratches and some discoloration on the glass. I was eyeing a different tank and I was looking for something that would fill the space on the ledge while still allowing me to get into the tank to do work. The ledge is a hair over 48 inches of usable tank space, with about an inch against the wall available. This meant I had to get something smaller or find some way to have an internal filter.

I ended up looking at a 33 gallon long. This is not a new super fancy rimless aquarium so it was pretty economical compared to the super minimalist aquariums displayed as centerpieces but that’s okay. The dimensions are perfect for the ledge, 48 inches long, 12 inches across and 13 inches tall. This allows plenty of overhead room to get into the tank. It’s exactly the same footprint as a 55 gallon, except a bit shorter.

I found FIJI aquatics and their boxes, I’m using that as the internal sump and I will say that it’s a very good looking black box and almost exactly what I was hoping for. Admittedly, if I was better at DIY stuff I’d be able to build a similar box but this just went right into the tank as is.