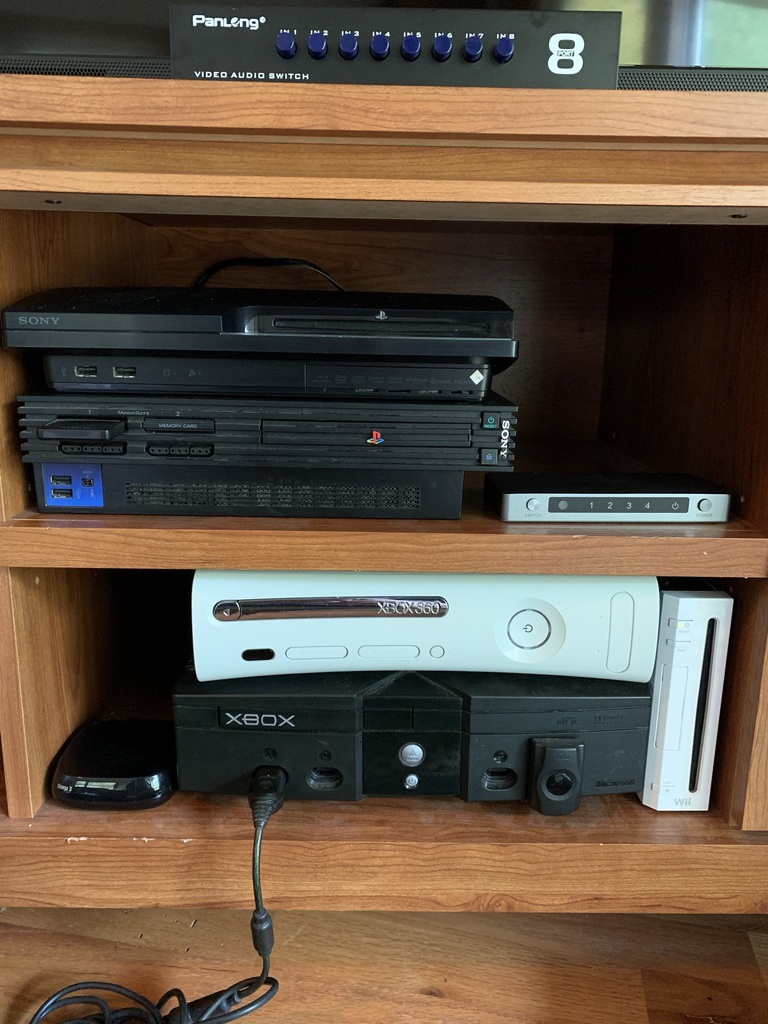 The game room has always had the goal of being where consoles go to retire. The idea is that while an older console might sit at home unplayed for decades, it just might get used at the Big House for the novelty of playing the original Halo game on the original Xbox, in all of that 2001 glory.

The previous media cabinet was not designed for game consoles, and I’m not entirely sure what it was designed for since the doors on either side of it were not tall enough for a DVD case to stand so it’s not like you could have loaded it up with your DVD’s.

I found this laundry cabinet on Wayfair.com and decided it would be perfect for the setup. I wish it had more shelves, but perhaps I can add some down the line.

There is a 5 port HDMI switcher and a 3 port Component cable switcher. The Original Xbox, Wii and PlayStation 2 are going through the component switcher while the NES is being converted to HDMI. It’s not perfect but it works and it’s actually really satisfying to play Mario on the original Nintendo system like it was intended way back in 1990.