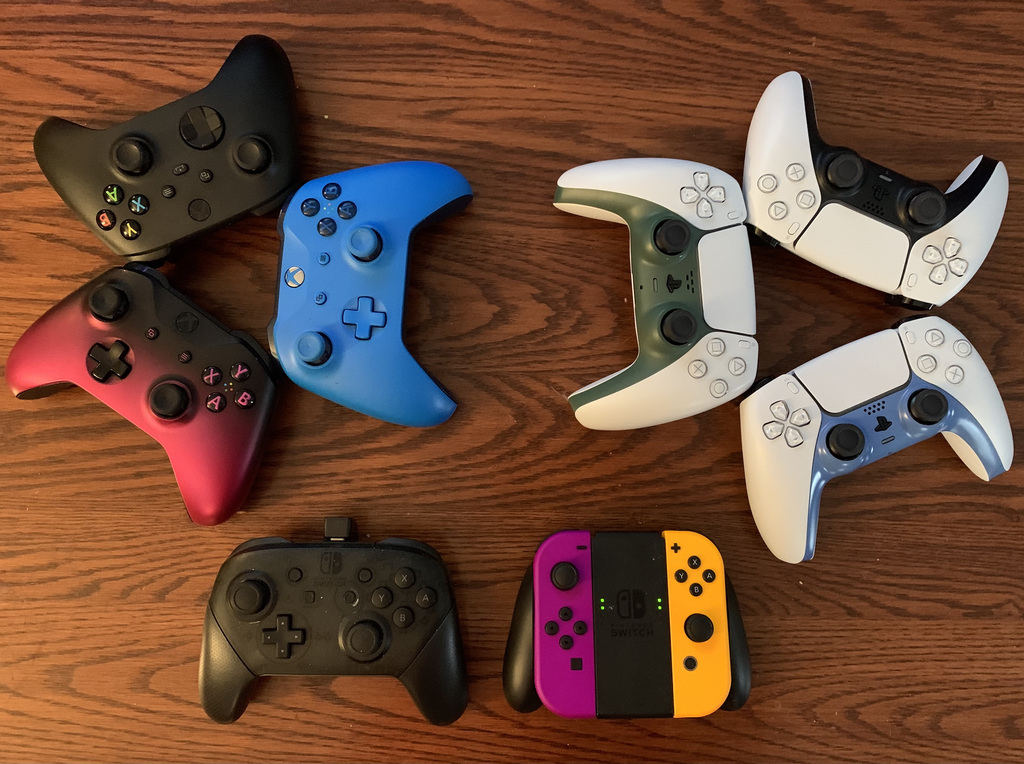 I have never been a big game collector.

I have lived a pretty good life, and evidence of that is my regret of not buying a Nintendo Gamecube when they were going out of fashion. It always seemed like a fun console to own, and now on the secondary market they are as much as they were back in the day which is pretty amazing – and games are $50 each and controllers are hard to come by also. I’m not even sure what games I would get for a GameCube if I had one, besides MarioKart which seems to be the only game anybody ever played on that system that wasn’t available elsewhere. So I will probably never own a Nintendo Gamecube at this point in my life and while it doesn’t keep me up at night, I’m a little sad about that.

My library for any given game system has historically been around 10 per generation, I felt like I got the ‘best of’ each generation without breaking the bank. Especially when you wait until you get a PS5 before buying a single PS4 game, you can run amuck on a holiday sale at best buy and get all the best games for $10 each.

I like the idea of owning physical copies of games, they can look fun on a shelf, and if the Digital Storefront goes down, you still always have that physical copy of the game. That being said, Steam on the PC has made me very lazy with regards to putting discs into game consoles. I don’t think that I would be willing to buy a game console without a disc drive, but I totally see the appeal of going all digital. Today my games on game consoles are about 50% digital and I only see that going up, though as long as Brick and Mortar stores exist and sell games for $10 each, it will be difficult to go all digital.

Ironically, the Nintendo Switch is a system that I should be going all physical, but I’ve made the choice to go as digital as I can so that I *always* have the library with me. Which is kind of a silly thing since I don’t really travel with my switch and every time I have traveled with it, I don’t play it enough to justify bringing it. The Nintendo digital store NEVER goes on sale for first party games, and physical games are often $10 less than they are in the digital store. It’s funny in a way how Nintendo can keep charging $50 for a seven year old Mario game but Ubisoft titles are half off within a year.

Gamepass has made it more complicated also. There are so many games on gamepass that I want to buy out of a sense of…loyalty? But I also can’t bring myself to spend $50 on a game I’m getting as part of a subscription for the sake of giving kudos to the developer.

If the internet in North Carolina was decent, the argument could be made that the digital games were better than physical especially with the Xbox One generation and newer, since those two consoles there appears to be some overlap and some backwards compatibility.