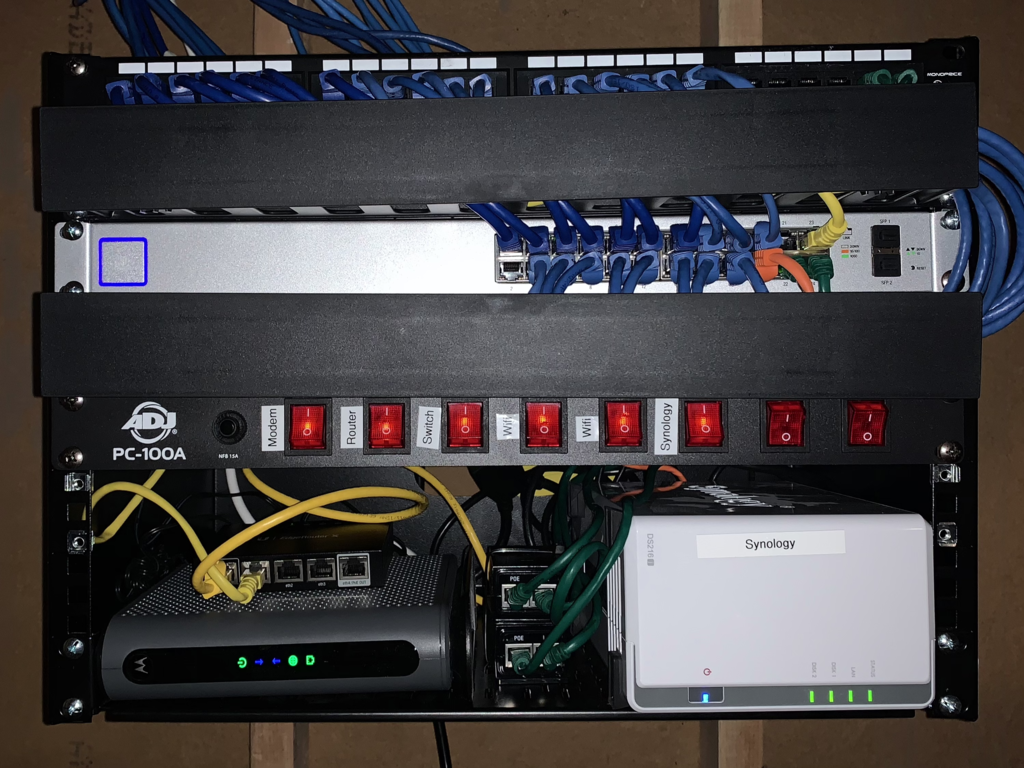 My sister bought a house, so I decided to help with some overkill networking. I wired my home when I bought it with some help, and I’ve since run a cable here or there at home, mostly around the basement.

what honestly made the project possible for an novice like myself is their sub-basement. I called it the Demon Hole when I saw it, but it’s been since renamed “The Mosh Pit” by the people who actually live there, which is fine. I guess. This is an unfinished area under about half of the house that allowed us to run all of cables to this location, and then over to where the network rack went. We ended up using a LOT more cable than expected, but we were able to get the job done with all of the wires.

In typical fashion, I did not take a lot of photos of the project while we were working on it. It took two 12 hour days with two of us working on this – climbing into attics, other attics, and spending a lot of time on our hands and knees in the mosh pit.

The other thing that was helpful, the previous owners had run a single cat5 cable to their kitchen, where they decided to put the cable modem. We used that to run a string through the wall, which then ran our first cables.

This was after we ran about half of the cables. Using hooks and zip ties, I suspended them from the ceiling so they weren’t all just hanging down loosey goosey.

You’re going to need to put some holes in your walls, that’s a given. Using these handy dandy super cheap brackets from your local hardware store, you can screw in your mounting bracket to look like a professional did it.

I taught my sister how to punch down keystone jacks – she’s a natural and has a real future in low voltage electrical.

We ended up filling a lot more of the switch than I thought we would. Though a lot of these aren’t being used, they will be ready for the future.

One of the more fun and ridiculous aspects of this network I’ve built is the cloud key that the Ubiquiti devices at my sister tie into is at my house. The Synology has software updates and package updates controlled from my main synology featured in a different post.

I started the game Kena: Bridge of Spirits #TrueTrophies https://www.truetrophies.com/game/Kena-Bridge-of-Spirits/trophies